Should journalism basics be part of general education? 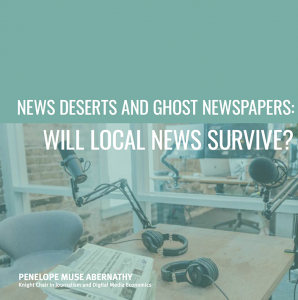 “Without a robust news industry monitoring government and investigating the corporate elite, our only hope may be in the hands of the people, literally and figuratively,” Bugeja writes.

Read the full piece, in which Bugeja argues for journalism to be part of universities’ general education requirements.