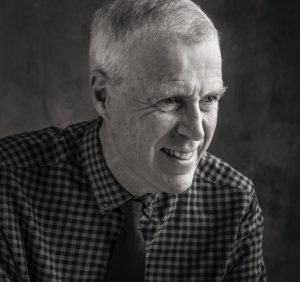 Richard T. Griffiths is the Stembler Distinguished Visiting Professor at UNC-Chapel Hill Hussman School of Journalism and Media. He is a media ethicist, working as the President Emeritus of the Georgia First Amendment Foundation, studying government access and free speech issues.

In 2017, he was named the Distinguished Industry Fellow at the Cox Institute for Journalism Innovation, Management and Leadership in the University of Georgia’s Grady College of Journalism and Mass Communication. Before his retirement in the same year, Griffiths was the former Vice President and Senior Editorial Director of CNN Worldwide, responsible for global editorial quality control.

Griffiths has experience working in local news. At the beginning of his journalism career, he was a long-form producer for WFAA-TV in Dallas; an investigative producer for KTVI-TV in Saint Louis; a producer and reporter for WFMY-TV in Greensboro, N.C. He was also the CBS Atlanta Bureau Producer. His work over the years has been recognized with two Emmy Awards, five Peabody Awards and two Investigative Reporters and Editors medals.

This week, he spent time with eight journalism classes, discussing media ethics, propaganda, storytelling and building media trust. CISLM Intern Katelyn Chedraoui sat down with him at the end of his visit to chat about his experience with local news and current ethical dilemmas facing journalists.

This interview has been edited for length and clarity.

CISLM: What drew you to journalism, or local news specifically?

Richard Griffiths: I started off doing local news in North Carolina, first in campus radio (at UNC-Greensboro) and then at a little 1000-watt radio station in Greensboro. I worked there, and it was awesome because I was elbows-deep in covering Greensboro city government, and you learn very quickly that in local journalism you have a direct impact on what’s going on in the community. The issues that people care about are the ones closest to their homes. And local news is all about fulfilling the need for the public to understand what’s happening around them.

CISLM: From your experience in local news, what are some of the ethical challenges that local news organizations face now?

It’s advertisers who want preferential treatment. “You shouldn’t be doing stories about my car dealership ripping off customers.” It is, “Should you be doing stories that somehow draw readership but at the expense of community dialogue?”

CISLM: Since you’ve been in both local and global newsrooms, what are some of the common challenges journalists in both environments face when considering editorial quality control?

Griffiths: I did (editorial quality control) in some of the local stations where I worked. The biggest challenges always are time, resources and money. Do you have enough reporters to cover everything that can be covered? Do you have enough time to ask that extra question, probe that extra issue, to make sure that what you’re reporting on is completely and fully reported on?

Those challenges are the same whether you’re a global news organization like CNN or a little tiny newspaper in a small county in South Georgia. The fact is that those are universal to our industry.

CISLM: How have you seen the editorial quality control process built into strategies of helping to build trust with audiences?

We’ve seen that, certainly Donald Trump didn’t start it in the world, but he carried it to a very high degree of success in the US, where his supporters discounted almost all the reporting about him by news organizations that devoted the resources to actually see what was going on. And the same techniques have been applied even in local communities where a county commissioner will bash the paper as a biased paper because it’s pointing out what’s actually happening in the community.

In terms of editorial quality control, I would say that the internet, and the technologies that come with all of that, have actually greatly improved the quality of journalism because it has allowed editors and journalists to work faster and be able to see what else has been done on those topics.

What that also means is that the public has the capability to hold journalists accountable because they can cross-check that work. So going back to the trust issue, again, when I’m in small newsrooms and large newsrooms, I am pounding on the idea that we have to build trust into our journalism, like the groundbreaking work done by the Trusting News Initiative. They have a whole bible of material available from that institute that allows those newsrooms really to go much, much deeper.

Griffiths: I want to be careful not to leave the impression that somehow propaganda is prevalent in the US. It exists in certain outlets that appeal to a certain margin.

And you have to take it so that the people understand where you got your idea, why you’re taking it on and devoting the resources, what you found and what the response is from the government entity. And sometimes the response from the government entity never comes, and sometimes we have to report that it is a 30-page email (or) massive document dump, and we have to figure that out.

CISLM: What advice would you give to a young journalist looking to get into local journalism?

Griffiths: (In local news) you will make a big difference in those communities, and those are fantastic training grounds in which to start out.

UNC is among a group of journalism schools that provide an enormous boost to democracy in America, and the work done here at Hussman and at Grady at Georgia, Northwestern and Missouri, the list is endless. Our work is absolutely vital to our democratic health. Sometimes we get lost in the minutiae… but we can’t lose sight of the fact that these journalism schools are absolutely key to our democracy. And if we remember that and put our focus in the journalism portion of those schools the right way, our democracy will be stronger.