What do high school students think of the First Amendment?

One of a regular series of articles that highlights research in the academy and the profession on the emerging threat of news deserts or changes in media ownership. 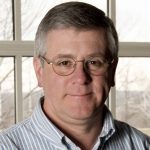 Is the current generation of high school students more supportive of the First Amendment than their predecessors, the
Millennials?  For the past decade, the Knight Foundation has commissioned Ken Dautrich, Associate Professor in Public Policy at the University of Connecticut, to survey the attitudes of the country’s high school students and teachers.

The First Amendment prohibits laws that suppress freedom of speech, religion, press and assembly and gives citizens the right to petition the government for redress of grievances. This year’s report, The Future of the First Amendment, focuses primarily on freedom of speech and students’ trust of news and information they get from various sources, especially social media. While opinion tends to shift in the wake of major events, Dautrich has found a steady increase in support for freedom of speech among high school students. In fact, this recent survey of high school students finds the highest level of support since this poll was created 10 years ago. In 2016, 91 percent of high school students agreed that “people should be allowed to express unpopular opinions.” Only 83 percent of students held a similar view in 2004.  However, 70 percent of students do not think bullying speech should be protected.

According to recent polls, public opinion of the press has reached an all-time low among adults. Only a third of adults have a great deal or fair amount of trust in the press.  Although this recent survey does not ask students about their trust in the press explicitly, a majority (61 percent) agree that “print newspapers should be allowed to publish any story without the government having the ability to block or censor them.”  This compares with 71 percent of teachers who agree with this statement.    Support for freedom of press has increased steadily among student from 51 percent since 2004, while remaining relatively consistent among teachers.

Kenneth Dautrich received his Ph.D. from Rutgers University.  He is the author American Government: Historical, Popular, Global Perspectives and The Enduring Democracy. He has served as a polling analyst for NBC News, Time and WNPR, among others.

To read the full 2016 Future of the First Amendment, click here.

How did you become interested in this topic and research?

I enjoy working on public opinion about the First Amendment because free expression rights are the cornerstone of American democracy.  Public support for a person’s right to say whatever they want is a barometer of the health of our democracy.

In 1996 the First Amendment Center’s Newseum Institute commissioned me to conduct a comprehensive national survey of public opinion about the First Amendment. The study found a widespread lack of knowledge and understanding of free expression rights and an unwillingness of many to extend those rights in specific circumstances. This research generated findings and new questions that has led to three books, dozens of reports and articles and about 30 surveys over the past two decades, including this Future of the First Amendment (FOFA) 2016 project.

What is some of the major research that preceded and contributed to your report?

The Knight Foundation staff and I have worked collaboratively ever since.  Eric Newton and I worked on the project through 2014, and he is now at the University of Arizona.  Jon Sotsky and Sam Gill at Knight were my collaborators on the last 2 studies.

What did you learn?

We’ve learned many things through this set of research projects over the years. We have seen how support for free expression rights varies with real world events. After terrorist attacks, such as 9/11 and the Boston Marathon attack, we see drops in support for First Amendment rights as the public is willing to forgo them in return for a greater sense of security. However, we have seen a long term increase in support for the First Amendment among high schoolers over the past decade. In part, this increase seems to be related to young people’s heavy usage of social media where they use their free expression rights by publishing their thoughts online. In the latest FOFA-2016 study, we find that the first high school students in Generation Z hold the highest levels of support for the First Amendment that we have recorded thus far.

The study also shows the patterns of media use for students are very different from the patterns for adults.  For example more than half of students often use social media to get news and information compared to less than on-fifth of adults.

What are some of the major implications of your research? What are you focusing on next?

The research serves to remind policy-makers, educators and the public that First Amendment is something that society must work on. The 2006 FOFA study was used by former Senator Robert Byrd to promote the legislation that created “Constitution Day,” which is celebrated in schools and colleges every September to endorse the values in the Constitution. I am now working on a paper that looks at the impact of social media use on support for free expression, and plan on further elaborating on the FOFA-2016 finding that when offered a choice between protecting free speech or protecting people from being offended, the vast majority choose the former.