Penelope Muse Abernathy, Knight Chair in Journalism & Digital Economics, will lead a series of workshops at the Texas Center for Community Journalism at Texas Christian University this Friday, October 13, 2017. Abernathy will share insights gleaned from decades of experience as a media executive, coaching them on how to reinvent themselves to thrive in the 21st century.

Abernathy’s workshops build on her book, Saving Community Journalism (UNC Press, 2014) which Tommy Thomason, professor and executive director of the Texas Center for Community Journalism, labeled “the most talked-about book on community newspapers of the last decade.” Abernathy will also share new research to appear in the upcoming book, The Strategic Digital Media Entrepreneur, to be published by Wiley Blackwell in 2018. More than 300 publishers and editors have attended these sessions offered by the university in previous years. 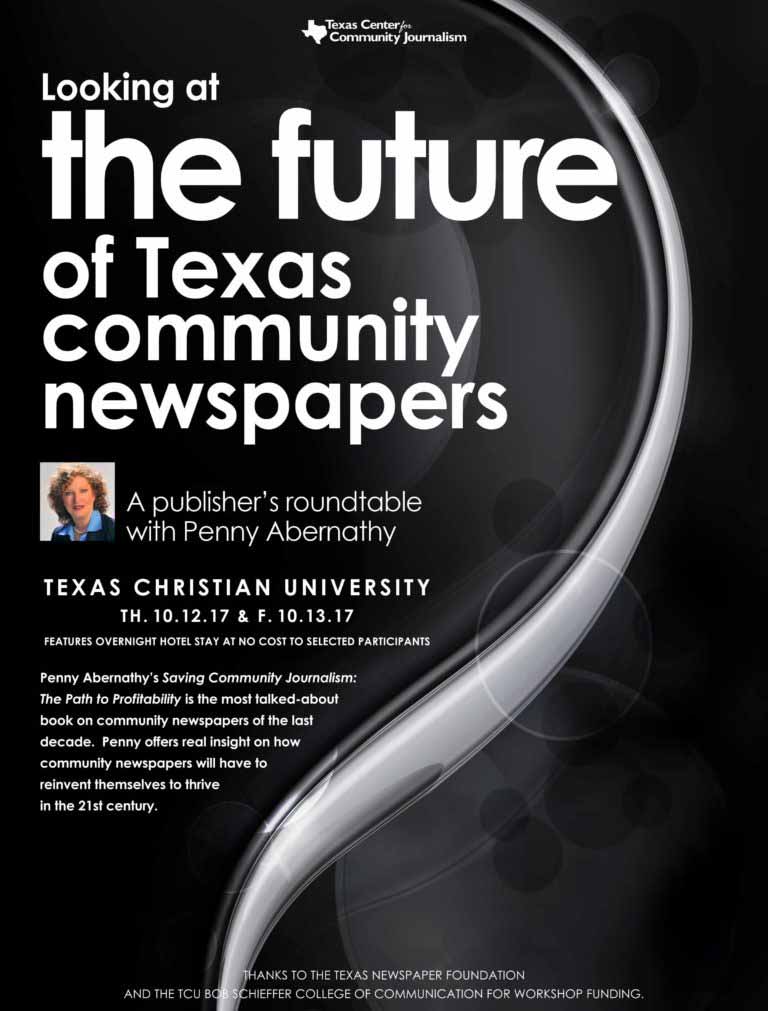