In the 1970s, when Ju-Don Marshall was 7, her family moved to the South Carolina Low Country from New York.

Marshall had maternal roots in the area, deep in the African-American Gullah culture surrounding Charleston, but to a New York City kid raised on concrete and bustling streets, the silent, humid countryside was a culture shock daily.

So were its inequalities, vast chasms between the rich and the poor, seldom talked about in the local media, where most attention was focused on the area’s more affluent—and usually white—residents.

Marshall didn’t see many stories about people of color like her in the local newspaper, and even as a kid she found herself wondering: Why?

That “why” became a career that has spanned three decades in the news industry, including stops as The Washington Post’s managing editor and director of the Center of Cooperative Media as Marshall sought to cover some of those untold stories.

That childhood “why” is also at the foundation of a passion project she’s working on in her current role as the chief content officer for Charlotte’s public radio station WFAE—developing Community News Connect, a collaborative local news platform that allows the community to partner with local media to strengthen local coverage and amplify diverse voices.

“Communities of color and other underserved communities have long felt ignored or unfairly portrayed by media. The crisis in local news, as many newsrooms shut down or cut back staffing, has only exacerbated this problem. If local media are going to survive, then we need to focus on collaboration, not competition,” Marshall said.

The Community News Connect project’s caught the attention of the Google News Initiative, which recently awarded $186,000 to the platform’s build out, slated to start in January and complete in the summer of 2020. 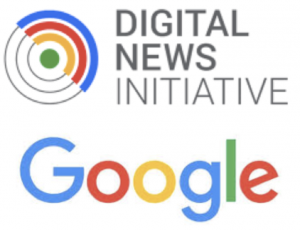 “The goal of the Community News Connect project is to strengthen news coverage,” Marshall said. “We wanted a way we could help the news ecosystem.”

Steven King, assistant professor at the UNC Hussman School of Journalism and Media, will partner with WFAE to build the platform, which will not only allow community members to suggest topics media organizations should cover, but will allow media organizations to more easily connect with each other.

King’s team at the Reese Innovation Lab where he serves as chief innovation officer, will aid his work on the project. King worked at The Washington Post as editor of innovations during Marshall’s tenure as managing editor and Marshall knew she wanted King on this project.

For King, taking part in the project represents the core values of Hussman.

“One of the great things about Hussman is our ability to invest in local communities in North Carolina,” King said. “We’re able to use our technological expertise to enable media companies to reach new audiences. Projects like this also give students a chance to tackle real-world problems.”

This is how the Community News Connect platform will work:

As technical partners, King’s team will develop the user interface for the Community News Connect platform, as well as the accompanying mobile app. A mix of students and professionals at the Reese Innovation Lab will work on the project. Marshall envisions Community News Connect becoming a self-sustaining nonprofit platform available to media organizations nationally.

And there’s a silver lining there, amid the uncertainty—at least Marshall thinks so.

Community engagement in news has always been important in theory, but financial pressures as the industry continues a digital transition have made innovative community engagement—and the funding to propel it—a necessity in local news’ future.

And it’s a future that Marshall’s excited about, even with the challenges.

Learn more about the other North American winners of the Google News Initiative grants here.