Especially in a rapidly consolidating and turbulent market, local news employees are increasingly aware of each other — and the concrete changes their friends, former coworkers, college peers and more are able to achieve through unionization.

Their voices are not just being heard on an individual or an organization level — they’re being heard throughout the field.

In an industry where change is expected and knowledge is power, it may be helpful to engage the watchful eye and the powerful voice of the public to make more dramatic changes — as is often true of journalism.

For journalists — folks who spend a large amount of time informing the public because they know that information is power — there’s comfort in having a confirmed say in the unknown future.

“Before unionization, there are so many decisions that could happen — layoffs, changes in benefits,” Boucher said.

“There’s an ease now that big changes have to happen more slowly and with our input.” 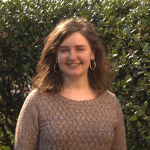 Sarah Vassello is the program coordinator for UNC’s Center for Innovation and Sustainability in Local Media. Prior to her work at CISLM, she spent more than three years with the Institute for Nonprofit News. A 2017 alum, Vassello cut her teeth in local news at The Daily Tar Heel, UNC’s independent student newspaper; the Milwaukee Journal Sentinel; and the Gannett headquarters.