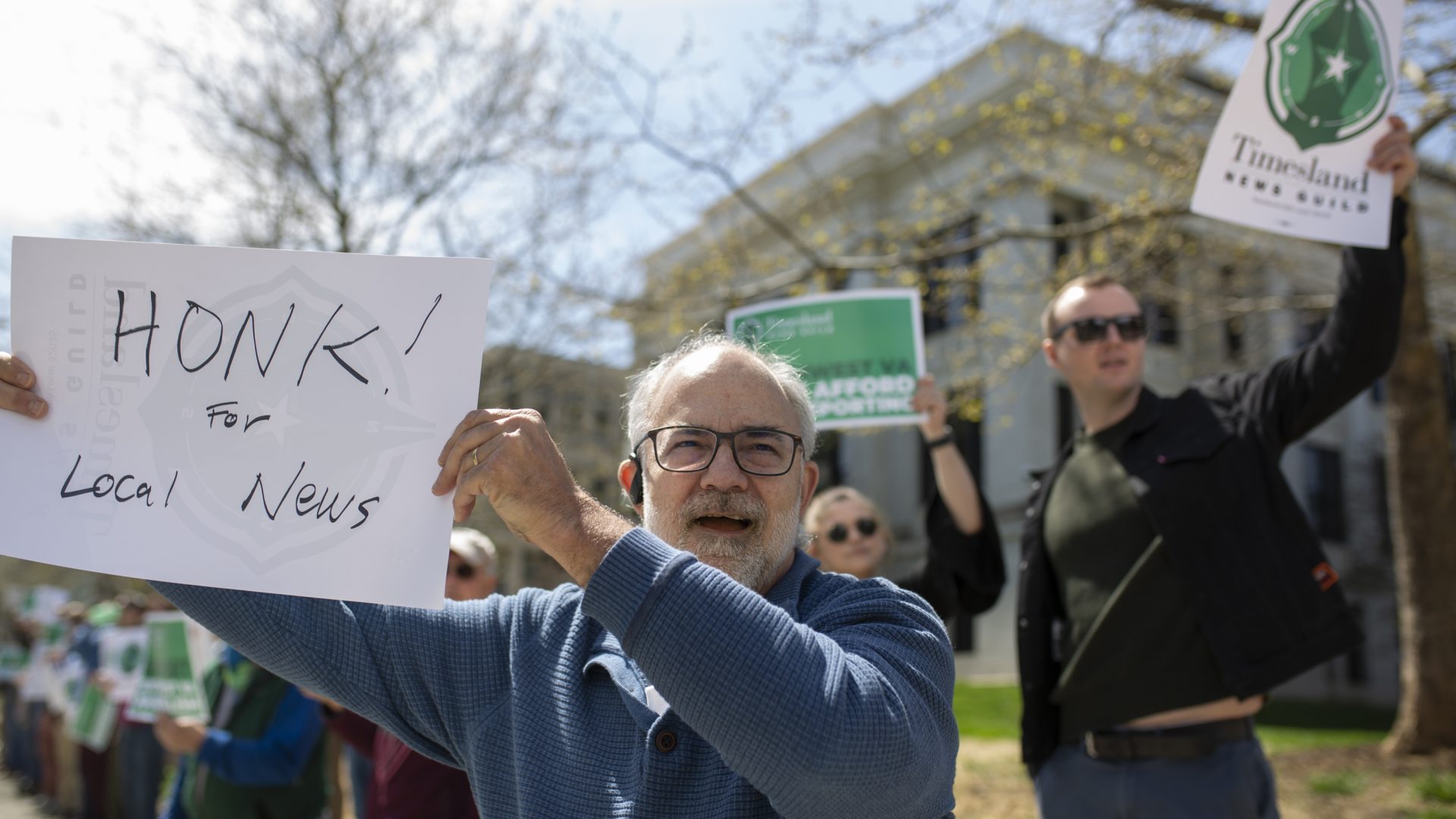 How often are unionized local news journalists seeing wins? CISLM looked at unionization in the local news field from a solutions-style lens to investigate the frequency and type of successes and limitations. (Photo by Scott Yates)

Local news organizations are unionizing at a rapid pace — but how often are these journalists seeing wins?

Lauren Lindstrom saw up close and personal the benefits of being part of a union during her four years as a reporter for the Toledo Blade, her first journalism job out of college.

In the past 20 years, the guild has been extremely active, fighting against the loss of its healthcare during the pandemic, against a lockout of 200 employees in 2006 and against its corporate owner’s refusal to bargain remotely during the pandemic in January 2021. They’re currently at the bargaining table — and have won the paper 10 statewide journalism awards in the last year.

“I learned first-hand from older journalists what working in a unionized newsroom looks like: Having each other’s backs, having more say in your workplace, better working conditions for journalists who have been suffering for years,” she said.

She came to Charlotte in June 2019 through Report for America and joined McClatchy’s Charlotte Observer as an affordable housing reporter.

During the last three years at The Observer, staff members have been through staff buyouts, bankruptcy, the paper’s sale to a hedge fund and the loss of their office during the pandemic.

Lindstrom was one of the organizers for The Charlotte Observer News Guild, which was voluntarily recognized days after forming in late January.

The Observer unionization comes at a time when labor unionization efforts have been growing across news media, including all sectors of local news. From Jan. 1, 2017 to Feb. 28, 2022, 108 local news organizations have successfully unionized, according to a new study by the UNC Center for Innovation and Sustainability in Local Media.

For Lindstrom, it wasn’t a specific decision by the Observer management that made the employees organize.

Call it a preventative measure.

“It really was (about) the bigger picture of the place and the precarity of the industry in recent years,” she said.

According to UnionPlus, “A labor union or trade union is an organized group of workers who unite to make decisions about conditions affecting their work.”

The idea is to come together through collective action to negotiate for better employment terms, protections and more.

There are a few different labor unions that news unions can join.

The Communication Workers Association is a labor union that represents communications and information, news media, the airlines, broadcast and cable television, public service industries and more — it has multiple affiliated subsidiary labor unions.

NewsGuild is a subset of both CWA and the American Federation of Labor and Congress of Industrial Organizations (AFL-CIO) and is one of the largest unions for journalists and other communications employees.

SAG-AFTRA is a large organizing unit for broadcast outlets (namely, NPR and its affiliates’ 500+ members). International Brotherhood of Electrical Workers often contains telecom (broadcast TV) in regional units; the National Association of Broadcast Employees and Technicians–Communications Workers of America (NABET-CWA), a subset of the CWA, is another venue for broadcast unionization.

At its core, right-to-work means union members have to collect dues from members rather than having the dues automatically deducted from paychecks. All employees still have the right to form unions under federal law.

In right-to-work states, employees can receive the benefits of the union without paying dues.

A union contract is a written agreement between the employer and the employees that details the terms and benefits in a clear and legally-binding way, according to the United Food and Commercial Workers International Union.

In short, contracts are the legal documents that uphold policies agreed upon through negotiations between union members and management.

A union can be recognized in two ways: By an election run by the National Labor Relations Board or by the company voluntarily recognizing a majority of employees’ signed cards. A union is not considered valid otherwise.

12,000+ The number of layoffs in journalism since the beginning of the pandemic, according to The Tow Center COVID-19 Newsroom Cutback Tracker.

73 The number of successfully established local news unions established in the past five years. It’s common for local news outlets with the same owner to organize together in a union.

29% The percentage of local news unions that have successfully negotiated a contract since forming in the past five years.

Benefits: Unionization often offers a greater sense of community within the organization and a deeper connection to other journalists. With contracts, efforts to improve pay, HR protection and benefits, standards for diversity and inclusion and more are legally binding.

Limitations: It can be challenging to successfully negotiate a contract, especially with a large chain. The wins seen may not be as dramatic as expected, and middle management is often left unprotected.