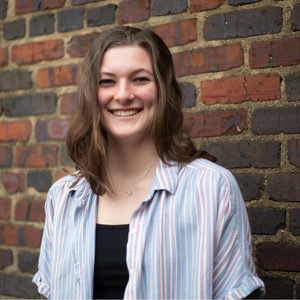 Instead, like hundreds of incoming freshmen each year, Carpenter came to the University of North Carolina at Chapel Hill intending to ride out the pre-health route.

“I came in as a psychology major thinking I was going to Physician Assistant school,” Carpenter said. “But, like many others, BIOL 101 weeded me out and I realized I prefer the humanities over STEM.”

It wasn’t until joining The Daily Tar Heel that Carpenter became passionate about journalism. After submitting a last-minute application to the newspaper – which Carpenter said she began 30 minutes before the deadline – she was selected for the City & State desk.

“The rest was history,” Carpenter said.

“She was an integral part of our election coverage during the 2020 election and helped with the publication of our voter guide and election podcast,” Rao said. “When the election ended, she was such an instrumental part of our team that I asked her to stay on for the rest of the year.”

Eventually, Carpenter began to develop a love for quality local news. She said her time at the DTH helped her understand what local news provides to communities and the need for local newsrooms to become sustainable.

“I would love for communities and newsrooms to have two-way communication where they work together to cover the issues important to those living in the community,” Kayleigh said. “I want local media to be expanded into every community possible because it’s so crucial for the accountability aspect of local media.”

Paige Ladisic, the managing director of sales at strategy at the DTH, said Carpenter is passionate about her line of work.

“Even though she pivoted away from the City/State desk, she still invests time in keeping up with news and helps current staff train new reporters,” Ladisic said.

At CISLM, Carpenter has already begun working on original ideas to further her cause of preserving local media. She is currently spearheading a State Local News Legislation Tracker and also contributes research on national efforts to support local media.

After graduating from UNC, Carpenter seeks to work at a public relations or public affairs firm in Washington. She wants to engage with political campaigns, political clients, or corporate social responsibility efforts.

“That was completely different from what I was thinking back in the fall of 2019 when I was a first-year,” Carpenter said.