The local news crisis is not unfamiliar to Jessica Mahone. Throughout her academic and professional career, nearly all her research and publications have been centered around one central question: How can this work better understand and improve local news ecosystems? 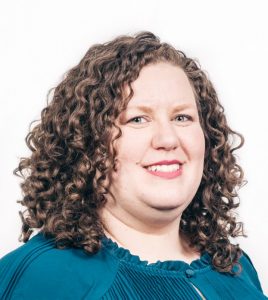 In her role as research director at UNC-Chapel Hill’s Center for Innovation and Sustainability in Local Media, Mahone will lead efforts to integrate the Center’s research with its educational programs and outreach, as well as collaborate and connect with the broader local news research community.

The next generation of local news research at CISLM will start with a renewed focus on news sustainability, including how to define, measure or predict it. Future projects will explore the future of local news from the perspective of communities, news organizations and journalists. CISLM’s research directive is to pursue research that deepens understanding of the health of local news, and Mahone brings extensive experience researching local news and a passion for pursuing new strategies and solutions.

“Jessica brings such a great set of skills, knowledge and context to our team,” said CISLM Director Erica Perel. “She’s been immersed in the local news research world, so she knows the people and the work she wants to build on. She knows how to collaborate, and she’s smart about thinking through thorny questions.”

Mahone received two master’s degrees from East Tennessee State University in communication and sociology and a Ph.D. in mass communications from the University of Florida. Afterward, she went on to join several research teams focused on local news, including the Pew Research Center, Duke University’s DeWitt Wallace Center for Media and Democracy, and most recently Report for America.

“A lot of people may not realize it, but so much of what we know about the state of local news today is thanks to Jessica,” said Jesse Holcomb, Mahone’s former research team leader at the Pew Research Center. “On so many teams and projects, Jessica has played a critical role in collecting, analyzing and distributing data about the news.”

During her time at Duke University, Mahone’s team, led by Phil Napoli, published the “Who’s Producing Local Journalism” project in 2019. While local news outlets made up only 25 percent of the news organizations studied, they produced nearly 50 percent of the total original reporting, the team found. This research, in conjunction with CISLM’s news deserts research and Project Oasis partnership, shows that new digital startups are not producing the same level of original content.

“I think (this research) demonstrates the particular importance of newspapers to communities despite their decline,” Mahone said. “Conventional wisdom has been that digital is a replacement for newspapers, but this, alongside things like the Project Oasis report, which shows that most digital startups aren’t in places that have lost a newspaper, indicate that perhaps we need to reconsider that assumption and think about how digital and newspaper can co-exist.”

These research findings were particularly well shared, cited in Microsoft president Brad Smith’s congressional testimony on the intersection between technology and journalism, alongside news deserts research, and included in a June 2020 segment of Hasan Minaj’s “The Patriot Act” on Netflix.

In 2020, Mahone and Napoli worked together again when creating a national map of the locations of so-called “pink slime” websites, hyper-partisan sites that masquerade as local news to attract viewers, published as part of the News Measures Research Project at Duke.

“She’s a wonderful collaborator and colleague, and she has such a great research track record to bring to her position at the Center,” Napoli said. “I hope we get to keep working together, even though she wears the wrong shade of blue now.” Napoli runs Duke University’s Dewitt Wallace Center for Media and Democracy.

In 2016, Mahone was part of Holcomb’s team at the Pew Research Center that published a study that revealed a strong tie between civic engagement and local news habits. In particular, they found that those who had a strong feeling of connection to their community and are more likely to consistently vote in local elections stood out for consuming local news.

Additionally, data from this study found that higher civic involvement was correlated with a higher probability of being interviewed by a local journalist. In a different analysis, Mahone found that at the time of publication in 2016, those more likely to have been interviewed by local journalists were also more likely to be white, high income earners and have higher education.

Mahone will be taking these lessons and findings into her next projects at CISLM. CISLM is known for its news ownership and news deserts research, and Mahone and Perel are excited to build on that foundation.

“The word sustainability gets used in journalism a lot lately, but there’s not a lot of agreement about what it means outside of whether there’s enough money in the bank account to stay open,” Perel said. “Our research will be exploring what that word means across communities, media types, business models and more.”

For Mahone, moving into this position with CISLM is the perfect opportunity to start answering some of these questions.

“We’re thinking about some really big questions that have really intense practical applications,” Mahone said. Thinking about breaking down big, abstract concepts, like sustainability, into research-informed practical steps, is important, she said.

“(This role) gives me a chance to sort of do both: Thinking about these things as concepts, but also practically. What do those ideas mean? What do they look like in action? And exploring that is really exciting.”