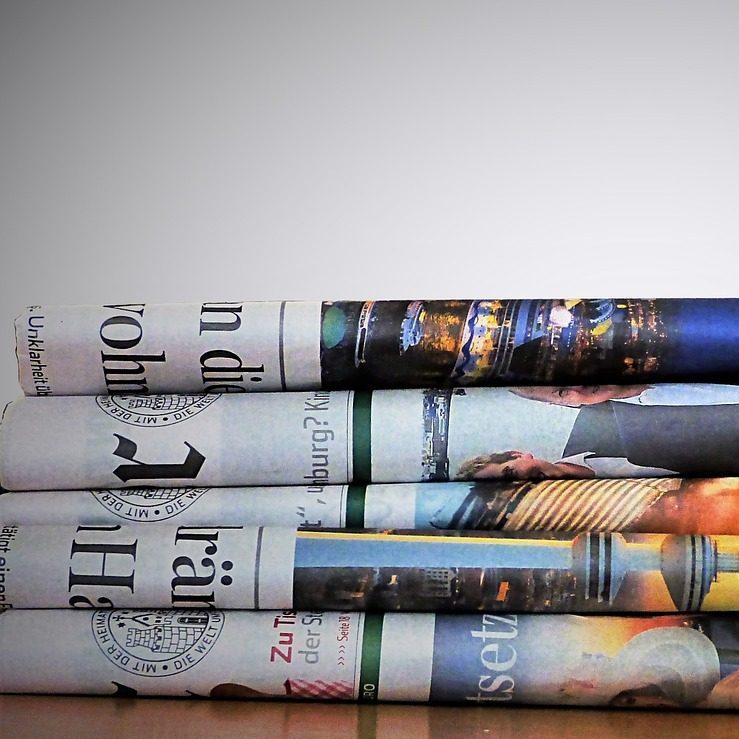 There seems to be little groundswell of general public support for the government to help ailing local news outlets or news deserts, despite the important role local news has played in the past year during the pandemic.

Most Americans believe their local news outlets are doing fine financially and probably haven’t been hurt much during the pandemic.

There is one group of people, however, who are likely to be acutely aware of local news declines and are in a position to do something about it: Members of Congress.

“They know exactly which papers in their state or in their Congressional district are in financial trouble, who they’re owned by, who the publisher is, whether the circulation is going up or down,” said Tom Melia, former Washington director for PEN America who now works for Sen. Ben Cardin, D-Md. “They know their news media outlets intimately. They know which ones are going out of business, and so they’re very aware of the disappearance of local news.”

As the nation crawls out of the pandemic, losses in local news are deeper than ever, as state governments face budget shortfalls, and Congress and the Biden administration tackle a full slate of issues from racism to the coronavirus. Despite this seemingly gloomy trajectory, local news advocates are cautiously optimistic that some sort of government assistance for news could be met under the new Congress and administration.

In the last year, federal Coronavirus relief included specific help for legacy publishers, and earlier in May, a new bill to study local news was filed. And new legislation in the form of tax credits could be on the way.

“I’m more optimistic than I’ve ever been,” said Steven Waldman, the co-founder and president of Report for America, and the founder and chair of the Rebuild Local News Coalition. “There’s more important, interesting activity on how to help local news than there’s been for decades.”

Waldman said politicians seem to pay more attention to local media than other people. He attributed support to key senior legislators who care about local news, including some who have journalists in their families, and a coalescing of public interest groups and publishers that makes this Congressional session feel different.

“While the rest of the world may not have noticed that local news was collapsing, I think politicians did, more so than other people,” Waldman said.

Newspapers still produce the majority of local news that addresses a community’s critical information needs, but they have also faced massive losses in advertising revenue and subscribers in the past couple of decades. Despite promising new endeavors fit for the digital age, digital startups have struggled to find a sustainable funding model, particularly in lower income communities. There is growing consensus that some sort of government intervention could benefit both legacy and digital outlets to help fulfill essential information needs.

Over the past few years, several bills and policy changes have been introduced to support local news with little movement until last year, when help for some newsrooms was included in pandemic relief packages.

News outlets were able to see some government-funded relief specifically geared toward their needs through COVID relief bills.

Nearly 2,800 newspaper companies received Paycheck Protection Program (PPP) loans during the first round of coronavirus relief earlier last year, but many news outlets could not apply due to their ownership structure.

A provision in the December relief package allowed more newspaper and TV news outlets, although notably not digital-only publications, to qualify for PPP loans. The provision, authored by Sen. Maria Cantwell, D-Wash., opened the funds up to media outlets left out in the earlier package by taking into account the number of employees at each individual outlet, not overall. This was a win for legacy outlets, considering that more than half of the 762 daily newspapers are owned by just seven companies.

It’s currently unclear how many news companies received PPP loans through the December package, but the Star Tribune and the Los Angeles Times each announced they received $10 million, with smaller amounts announced by other news organizations.

“We were really pleased to see in the last relief bill that new specific coverage was passed so we were really, really appreciative of Congress coming through, especially when it wasn’t a Democratic majority, so that was not easy to get,” said Danielle Coffey, senior vice president and general counsel of the News Media Alliance.

Finally, the most recent Covid relief bill signed by President Biden in March also included a provision that could help local news companies, which would qualify as an economically disrupted industry, to apply for grants to fund ailing pensions, aid that might have saved McClatchy from filing for bankruptcy last year.

Legislative proposals in the 117th Congress

Initiatives to support local news are gaining more traction in the 117th Congress, including two developments in May:

“I’m very excited about recognizing journalism as infrastructure,” said Chris Krewson, the executive director of Local Independent Online News Publishers (LION). “I think we can make arguments that we were never able to make before about the strength of local news and its ability to do tangible things like save lives, which we learned in the pandemic.”

Cantwell now chairs the Senate’s Committee on Commerce, Science and Transportation, which released a report late last year advocating for government help so that local news outlets could make it through both the pandemic and the digital transition.

A co-sponsor of the House version of the bill, U.S. Rep. Mark DeSaulnier (D-Calif.) previously sponsored the Saving Local News Act in 2019, which has not yet been refiled this session but would have made it easier for news outlets to transform into tax-exempt organizations.

“High quality local journalism keeps our communities informed and engaged while holding the powerful to account,” he said through an emailed statement. “With the spread of disinformation through social media continuing to threaten our democracy, it has never been more important to ensure that basic journalistic standards are being upheld and local news is allowed to provide independent, fact-based reporting.”

“The Rebuild Local News Coalition has definitely coalesced around this approach as our focal point out of our plan that has 17 different parts,” Waldman said. “When forced to focus and pick, we’re saying this is what we should focus on. And the interesting thing is that a lot of other organizations sort of have done the same thing.”

Waldman, the chair of the coalition, said tax incentives are one area that seems to have broad support in general among legislators from both parties and journalists who are hesitant about direct government support, as well as news advocacy groups that serve different kinds of media categorized by ownership, audience or medium.

“I think it’s because this seems like a clean, straightforward way, and future-friendly way, like it doesn’t just benefit big legacy players,” he said. “It creates the possibility of helping in newsrooms covering journalists of color, rural newsrooms or future newsrooms that don’t exist yet, which is hard to do with government policy because it usually favors the people who are here already.”

Government support for news is not a new concept. The federal government has been giving financial help to news companies for decades through discounted postage rates, tax subsidies and broadcast licenses.

Local and state entities (and the federal government) have had to buy advertising space for notices about public hearings, regulations and budgets, a practice that is estimated to earn newspapers nationwide hundreds of millions of dollars a year, and is important to the survival of especially smaller newspapers.

Leaders in several states have been trying to end this requirement, with recent bills in several states, including Florida, North Carolina and Texas currently making their ways through the state legislatures, despite state press associations’ objections.

Phil Lucey, the executive director of the North Carolina Press Association, said the issue is an urgent concern for the newspapers he represents. He pointed out that these battles are often politically motivated after a newspaper publishes stories that government leaders dislike, and the public notice requirement serves communities in keeping governments accountable and transparent.

“The newspaper is there to make sure that governments are doing what they’re supposed to do, that they’re notifying the public of their actions, and we’re holding them accountable,” Lucey said.

Now, the challenge is to create provisions that would help news organizations in the changing media landscape. The number of digital-native news outlets continues to grow but most are struggling financially, according to a report published by Project Oasis, a collaboration between the UNC Center for Innovation and Sustainability in Local Media, Google News Initiative, LION Publishers and Douglas K. Smith. The study looks at digital native startups as “oases” in news deserts that have either lost their main source of news, usually in the form of a newspaper, or never had local news to begin with.

“I’d love to see support,” he said. “Whether it’s from the private sector or from a government fund to do so because I do think that we have a chance to rebalance some historically inequitable ownership situations here.”

In North Carolina, U.S. Rep. David Price, D-N.C., has watched his local news coverage in his Triangle area district decline since the late 1980s. Nothing comparable in scope has been able to make up for the loss. Even so, he said, he rarely hears his constituents asking Congress to help.

“There’s a diminished overall coverage,” Price said. “And maybe for some people, especially younger people coming along who have been kind of brought up on social media, maybe they don’t feel the difference. But I do, and I can see the difference in terms of the quality of the news people get and the bias of it.”

Price said that generally, direct government sponsorship has obvious issues for media independence, but he pointed to government support for public radio and television, and said that it could be part of the solution for other mediums as well.

“I think you need a pluralistic media environment,” he said. “And hopefully one that has a basis in the community and has some commitment to telling the truth and to offer an objective take on the news. It would be very hard for the government to totally structure that or require it, but we can facilitate it, possibly.”

-Andrea Lorenz Nenque is a Park doctoral fellow at the UNC Hussman School of Journalism and Media, where she researches local news, local politics and women in politics.